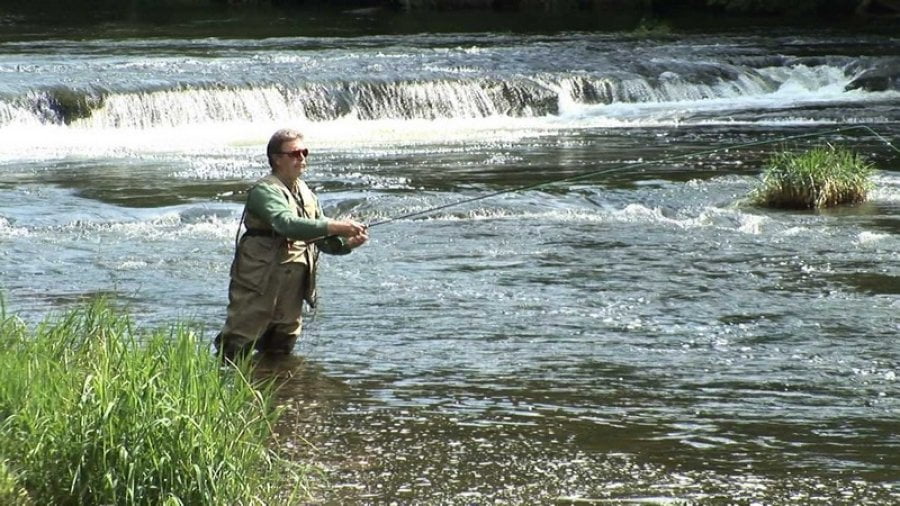 Come to fish the River Till on the beautiful Ford & Etal Estates waters in rural North Northumberland.

The River Till is England’s only tributary of the mighty River Tweed; as such it is governed by River Tweed fishing regulations. It is particularly well-known for its run of sea-trout from the spring to summer month but grilse and salmon are also regularly taken, as are grayling during winter months.

Night fishing is available during the summer months amidst this beautiful section of the river, in parts graded a Site of Special Scientific Interest.

Under Tweed Rules you are allowed to fish fly, worm or spinner. Fly rods should be about 11 feet and generally single handed will suffice. Floating lines are best for summer, sometimes with a sink-tip. Spring and Autumn, sinking lines are useful.

In most instances wading is either not necessary or not possible, though in the summer months it may be useful when night fishing. Maps are provided and advice and even flies/lures are offered to visiting anglers.

Occasionally canoeists may be encountered – they have a right of passage and we would ask that fishermen afford them every courtesy.

Fishing permits for the Ford Beat can be purchased through Brian Thompson, contact details below.

The image below is a sample of the maps that are available:

There are four main beats:

Redscar: This beat lies in the Milfield plain south of Redscar Bridge near Milfield Village and is a very easy beat to fish, with good access and level walks on the river bank. It runs to 1.5 miles with 15 named pools which are long and deep (4 to 8 feet) but are not fast running, comprising of glides.

Upper Tindal: The Upper Tindal beat runs downstream of Etal Village with over 1.5 miles and 16 pools and is where the nature of the Till changes, becoming much faster-flowing over rock with white water streams into deep pools, creating ideal fly water. This stretch is fished from the left bank with limited access to the heavily-wooded right bank. A single handed fly rod will cover the pools. The beat is let day or night from May to August during the main Seatrout run.

Lower Tindal: Lower Tindal runs for 2 miles and is a very attractive length of water set in a wooded gorge with numerous white water streams over rock into deep long pools. The left bank is all woodland and kept quiet as a conservation area. This is a beat for the able-bodied but well worth the effort.

Ford: This beat lies near Ford Village and runs for over 1 mile upstream of Ford Bridge. Fishing is allowed from both banks where woodland areas permit. There are several streams near the bottom of the beat, further upstream the pools are long and flow at a slower pace. 12 pools make up the beat, some of these pools stretch for 200-300 yards.