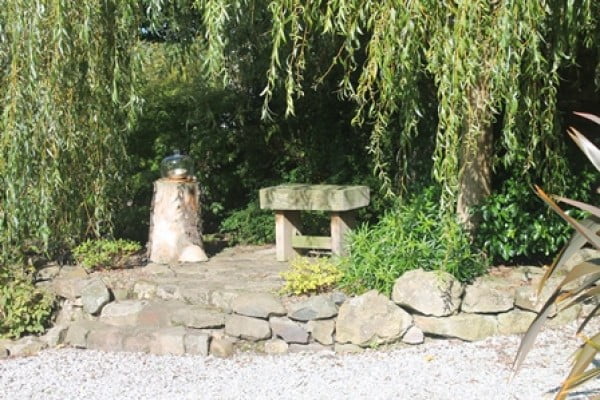 The Timeline of Peace After Flodden, which has been such a feature of this garden since its inception by Dave & Diana Herbert when they were ministering here, has been removed into safe storage and will feature again in the new location.  What the Timeline tells us about how conflict can be – and has been – resolved since the time of Flodden is still valid and thought-provoking.   The new location will be revealed later this spring (2022) but will be in vicinity.   Please stay in touch with local news or with this website.”

The centre with its Peace Garden originally opened at the URC Church on 8th May 2013 and is much more than a memorial to the bloody Battle of Flodden which, in September 1513, took place only a short distance from this small village.

The purpose of the centre and its garden is to promote peace and reconciliation, involving the wider community and engaging with cultural activities.

The garden itself is open for all to use, free of charge, 24 hours a day. At the opening ceremony garden designer Dougie James explained the process of design for the garden as well as the different representations of the separate sections: the garden progresses from a mood of anger, fear, and repression represented in the first black section of the garden, through to a space of conflict and confrontation in the red garden to loss and coldness in the grey garden, and then to forgiveness in the white and gold space, and finally to the garden of renewal.

Since the Peace Garden opened a timeline has been added, listing moments of great conflict and peace, globally, from the time of the Battle of Flodden in 1513 through to its 500th anniversary in 2013.

It is hoped that the garden and centre will provide a quiet and peaceful place for people to relax, reflect and let go of everyday stresses, and that it will particularly help those dealing with conflict, war or confusion in their lives, offering them some thought-space and perhaps closure. 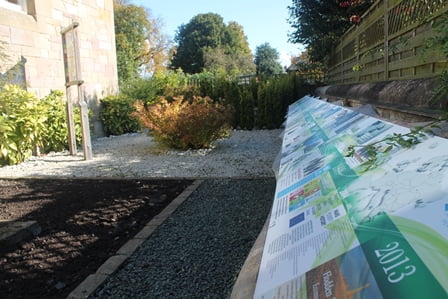 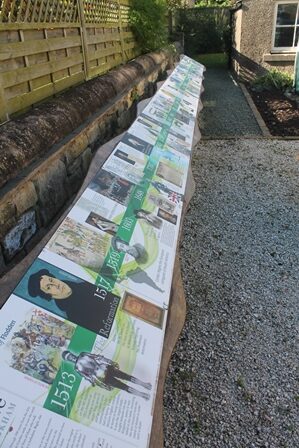 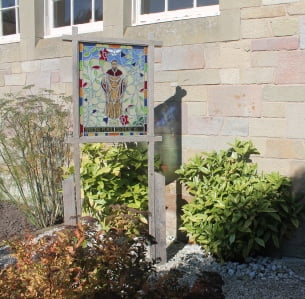